The Auctions are Coming!!

It is a glorious, sunny, above freezing day here on the tundra. I can feel some Spring in the air and see more auction listings on the net. With March only days away many of the auctioneers have begun to schedule some farm and estate auctions outside. I am very pleased that I may be able to attend an auction where the prices do not exceed my retail.

I will probably attend Dave Miller's auction on Friday. (If you click on Dave's name you will be linked to the auction bill). There is nothing on the bill that stands out, but it is always fun to watch Dave and his son Eric torment each other and son-in-law, Dave, while selling the items. I kinda like the bridge sign, but it will probably go for more than I care to spend.

On the Road - Slip Sliding Away

Kris, Mike and I traveled together to an auction in Windom, Minnesota. Windom is about 180 miles south of here. It snowed the night before and there was white out level blowing snow in a few spots on our route. I drove in 4 wheel drive the entire trip because it was slippery enough to push us sideways in 2 wheel drive. Of course when I reached 80 mph, the side slip was diminished.

The auction was in a small, WWII army surplus Quonset hut turned dance hall. And the goods for sale were no better than the photos in the bill and kinda disappointing. The best piece was a primitive corner cabinet in old crackled paint. I had decided that I would bid as much as $400 for it. Well it was sold near the end of the auction. Prior to that time I bought a box of old gas station maps, nice vintage but mostly dirty and torn, for $5 and a lithograph tin 1930's world globe bank for $9. Then came piles and pieces of junk that were neither interesting enough to consider nor cheap enough to buy.

The rows of 1970's furniture and overbid occasional tables and coat hangers with hearts occupied the auctioneers for about an hour. Then they got to my cupboard. I pulled myself out of the swivel rocker recliner that had induced a near television watching haze in my head. The auctioneer asked for $300. No takers. Finally it opened at $100. Then, with my arm poised to bid, 4-6-8 hundred before I could even react to the $100 start. I never even got a bid in. The damn thing sold for $1450. Which is about twice what I considered I could get for it retail at Gypsy Lea's.

Kris and Mike bought a few things. We were happy that we had not bothered to drag the trailer with us for all the furniture we were going to buy.

We stopped at the Indian casino on the Upper Sioux Reservation on the way home. We had a wonderful buffet dinner and slip slided the rest of the way to Flannery Bay. Another nice trip, good company and rotten auction with Kris and Mike.

Rolling for Some Ideas

I am in need of some inspiration about using these tambor doors that I bought at an auction last night. These are not the common rolltop desk covers, they were used by AT&T to cover 8'x10' access panels for central station switching equipment. I bought 14 tambor doors and all the casing. Now all I need is ideas for using them. 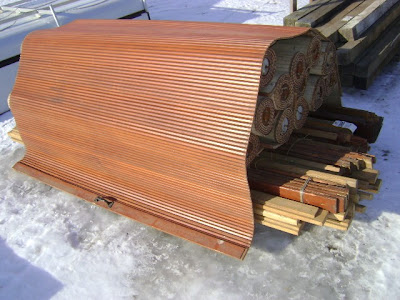 I saw a couple of these at an auction about 10 years ago. I didn't buy them but thought that they would make an interesting cover for an access from a hallway to the back of electronic equipment in an entertainment center. Now I have 14 of them to shabotage!

I also bought two 9' wood library ladders. They were a really good deal. 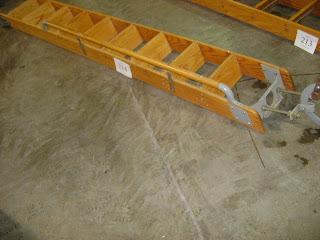 We had a wonderful February sale at Gypsy Lea's. In keeping with my practice of buying the largest piece that isn't a tractor at each auction I attend, Jami and I bought this vestment cabinet at a salvage sale for the Archdiocese of St. Cloud. It is GIGANTIC, 15' wide, 9'3" tall and more than 4' deep.

The cabinet facing is all ash and the counter top is oak. We had to disassemble it, haul it out of the soon to be demolished Cathedral Annex, truck it to Gypsy Lea's, squeeze it through the 3 foot wide door and then reassemble it inside the shop. It looks fabulous, even though I spent 3-4 days putting the base back together. Then Mike and Steve, who had really helped a lot with the move, came back and helped me place the top on the base. We used nylon straps, 2 blocks and tackle and some ordinary lifting to raise the top high into the rafters and then slide the base under it. 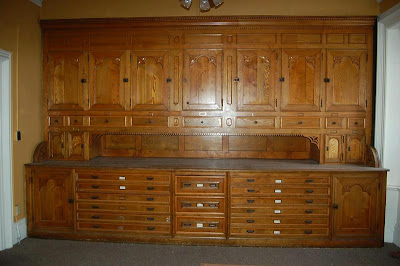 The sale was fantastic. The cabinet sold in the first hour of the sale. It is going to be installed in an artist's studio now being built. We nearly sold out. We would have sold more furniture if we had it ready to go. 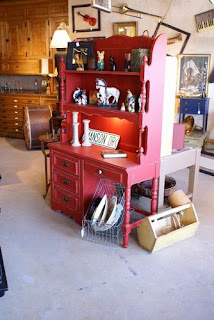 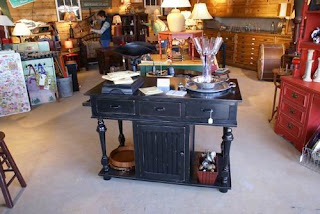 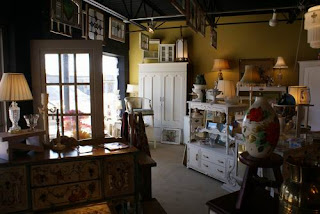 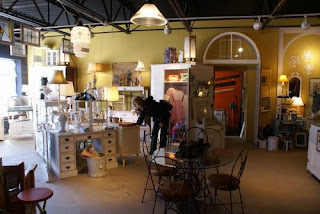 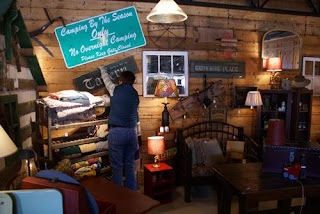 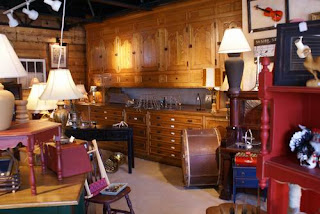 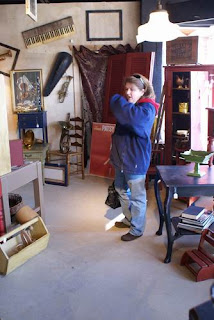 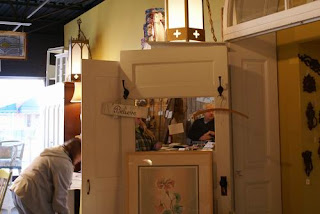 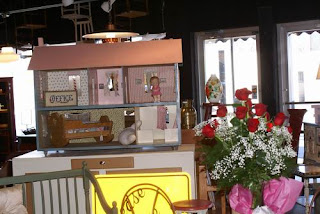 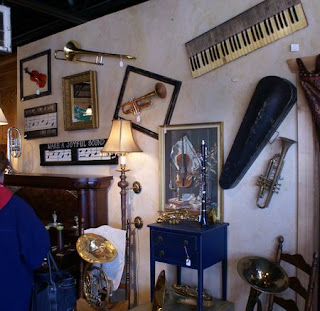 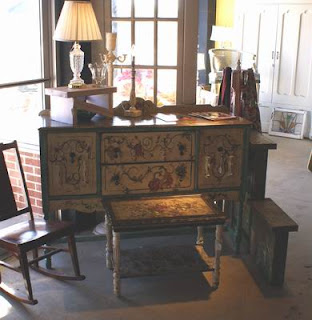 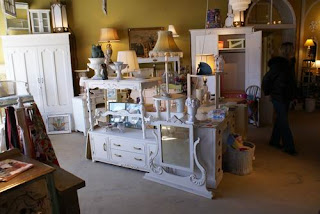 I'll try to get things posted here soon. Even though the change in investment values has forced me to spend more time in my real job.